Francois Auque has served as a member of our board of directors since February 2019. Most recently, Mr. Auque was Chairman of Airbus Ventures, the venture capital arm of Airbus. Previously, Mr. Auque headed the Airbus space division for 16 years as a member of Airbus Group’s Executive Committee. Prior to that, Mr. Auque served as Chief Financial Officer of Aerospatiale-Matra, one of the three founding firms of the European Aeronautic Defense and Space Company (EADS), Europe’s largest aerospace company (now Airbus). He was Chief Financial Officer of Aerospatiale, from 1991 to 2000. Mr. Auque currently advises a venture capital fund and a private equity firm, and is a member of the Rexel Board of Directors, serving as the Chairperson of the Audit Committee. Mr. Auque holds a Master’s Degree in Finance from Ecole des Hautes Etudes Commercials, a Bachelor of Arts Degree in Public Administration from the Paris Institute of Political Studies, and is a graduate in economics from Ecole Nationale d’ Administration. 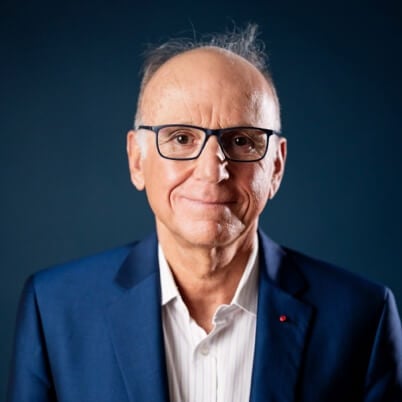