Located in the Australian state of Victoria, Melbourne Polytechnic has been delivering vocational training since 1912. A wide catalogue of educational programs is offered, from short vocational classes to master’s degrees.

For more than 100 years, Melbourne Polytechnic has empowered hundreds of thousands of students with the training and education needed to pursue their chosen careers. The polytechnic is comprised of seven campuses and additional specialist training facilities.

Higher Education Has Become a Prized Target for Cyber Attackers

In addition to being accessed by a hugely diverse collection of devices, the networks of higher-education establishments are typically large, complex, and often distributed across physically separate locations. The environments also contain large volumes of highly sensitive information, including HR, finance, and student- and staff-related PI. All qualities that make them challenging to secure and an enticing target for criminals.
Chris Sangas, information security officer for Melbourne Polytechnic, emphasised, “Gone are the days of local kids hacking systems just for a laugh. Now, we face widespread attacks from sophisticated criminals all over the world looking to make money or cause disruption.”

Against this backdrop of increasingly malicious cyber attacks, Melbourne Polytechnic has a strategy of continually fortifying its security posture. As part of an initiative to move key capabilities to the cloud and capitalise on the operational benefits of a reduced on-premise footprint, ensuring ongoing protection over this broadened attack surface was given increased importance.

Sangas’ deployment strategy gave priority to Melbourne Polytechnic’s areas of highest potential risk: Active Directory (AD) and any associated accounts with privileged credentials. “Even on its own, implementing CyberArk across our Active Directory domains significantly reduced the risk of an attack,” explained Sangas. “We then deployed PAM throughout our network infrastructure as it can be particularly disruptive if it ever was compromised.”

He continued, “The CyberArk team was amazing throughout the whole implementation. All we had to do was provide information and they executed almost everything else for us. It really was excellent.”

In less than four months, Melbourne Polytechnic was fully deployed and live with CyberArk Privilege Cloud.

Melbourne Polytechnic chose CyberArk Privilege Cloud over its on-premise counterpart to make the most efficient use of its available resources. Since dedicating headcount and taking time to train employees weren’t options at the time of implementation, the Melbourne Polytechnic partnered with CyberArk to develop and implement its privileged access security strategy.

“The CyberArk Privilege Cloud solution is primarily managed by CyberArk. We’re always on the right version and the fact that we don’t have to get into the low-level detail is one of the features we appreciate the most,” enthused Sangas. “I can confidently give the CyberArk team a ’10 out of 10’ for their support and knowledge.”

For PAM-related activities that do involve the Melbourne Polytechnic team, Sangas has easily and efficiently onboarded employees to the solution using the CyberArk Privilege Cloud Guided Success Plan.

He described, “The learning curve was straightforward. The customised documentation provided by CyberArk references Melbourne Polytechnic’s specific configuration, important use cases, and common workflows. Within a few hours we can train anyone on the team on our PAM best practices. If we ever have a question and need one of our CyberArk specialists to step in, they’re on the phone, responding almost instantly.”

Commenting on his views of the company, Sangas observed, “Year after year, CyberArk is a leader in the PAM Magic Quadrant, and it’s a position that is well-deserved.”

Sangas concluded, “CyberArk has been with us our entire PAM journey, from initial inception all the way to deployment. Just wonderful.” 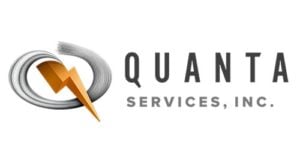