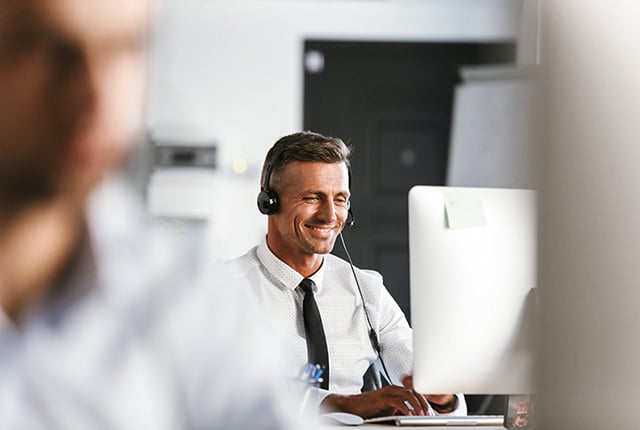 A Financial Institution overwhelmed with the administrative privileges sprawled across their end-user environment needed a solution which would reduce the attack surface these network entry points exposed without affecting the strict Service Level Agreement’s (SLA’s) they have with their customers.

SecureIT source partnered with the institution to implement CyberArk’s Endpoint Privilege Manager solution to take control of the privilege issue while allowing end-users to stay productive.

With thousands of applications in use, the company’s immediate need was to remove local administrative rights from end-user machines. This was necessary to prevent end-users from granting themselves privileged access to applications they hadn’t been authorized to use… Since both Windows and Mac computers were being used to access applications, they needed a solution that would account for both operating systems.

Beyond reducing insider risk, the lack of controls around local privilege management could also make it easy for attackers to establish a foothold in the company through these machines, escalate privileges and move laterally across the environment until a jackpot of data is discovered that can be exfiltrated outside of the network.

To add to this, the institution needed to implement a simple process for their users to request access to the applications they may have had unrestricted access to previously, but are now being restricted by the solution. The goal was to keep the users with the minimum rights they needed to do their day to day tasks.

SecureIT source analyzed the company’s requirements and recommended CyberArk Endpoint Privilege Manager as the solution of choice. After reviewing the functionality of CyberArk, the company realized that beyond controlling privilege escalation, the detailed device and application inventories would be a large improvement to their security operations.

During the implementation, the company’s security engineers found that the Endpoint Privilege Manager’s “monitor-only” mode was crucial to the project’s success as they were able to deploy the solution into production while simultaneously testing policies. This allowed SecureIT source and the company to test the impact of the access policies without affecting anything in the environment, ultimately releasing a production-tested solution in a short time frame.

SecureIT source utilized its understanding of the CyberArk solution as well as role-based access control (RBAC) to design access policies for standard users, developers, desktop support users, and more. This granted the correct user’s access to the applications they needed on day one and reduced the need for users to request access overall.

Moreover, SecureIT source worked to integrate Endpoint Privilege Manager with the company’s existing SIEM solution – delivering another boost to the company’s security operations by providing details logs and metrics of privileged activity throughout the organization.

In three short months, SecureIT source completely removed local administrative rights from all the company’s user-facing endpoints with minimal impact. The solution resulted in reduced calls to the helpdesk and the company was able to use the access policies SecureIT source established to continuously improve and adapt their policies going forward.

The company now has visibility into all their applications, something they did not have before, and are able to utilize that information to make policy decisions. With the solution deployed, the company hopes to continue using CyberArk to improve their advanced threat protection by implementing features like credential theft detection and blocking.