Kim Perdikou has served as a member of our board of directors since July 2014. Since 2013, Ms. Perdikou has served as the Juniper Networks, Inc. board observer on two of Juniper’s portfolio companies. From 2010 to August 2013, Ms. Perdikou served as the Executive Vice President for the Office of the Chief Executive Officer at Juniper Networks, Inc. Before that she served as the Executive Vice President and General Manager of Infrastructure Products Group and as Chief Information Officer at Juniper Networks, Inc. from 2006 to 2010 and from August 2000 to January 2006, respectively. Ms. Perdikou served on the board of directors and audit committee of Lam Research Corporation, a major provider of wafer fabrication equipment and services, from May 2011 to November 2012. Ms. Perdikou served as Chief Information Officer at Women.com from June 1999 to August 2000, and held the position of Vice President, Global Networks, at Reader’s Digest from March 1992 to April 1998, as well as leadership positions at Knight Ridder from June 1999 to August 2000, and Dun & Bradstreet from August 1989 to March 1992. Ms. Perdikou holds a Bachelor of Science in Computing Science with Operational Research from Paisley University in Paisley, Scotland, a Post-Graduate degree in Education from Jordanhill College in Glasgow, Scotland and a Masters in Information Systems from Pace University in New York. 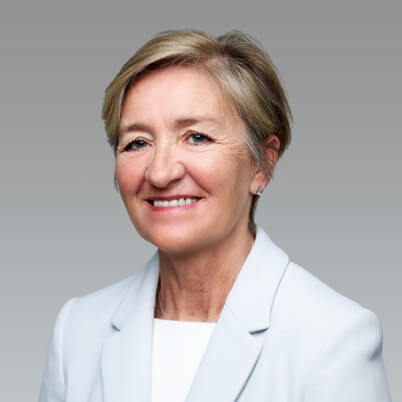