The Court of Justice of the State of Amapá is the judicial body in the Brazilian state of the same name. Located in the North of Brazil, Amapá is expansive – up to 90% of the state’s total area overlays the Amazon Rainforest.

Unpredictable, complex and urgent cybersecurity threats remain the principal concern for businesses from the largest enterprises to the newest start-ups. In Brazil, an effort to update and streamline the justice system demanded a fresh look at security, and identity management in particular.

Case in point: the Brazilian Superior Court of Justice was a target of a ransomware attack which brought operations to a standstill for a full week and affected as many as 12,000 lawsuits pending before the courts.

In February 2021, Brazil’s National Council of Justice launched ‘Justice 4.0,’ an ambitious package of reforms designed to modernize and invigorate civil justice by adopting technology to improve the access, transparency and speed of an over-taxed, congested system. The new criteria required each state judiciary to implement an identity security and management system.

Luiz Hamilton Roberto da Silva, Information Director at the Court of Justice, Amapá, shared, “We quickly realized that to fulfill our mission of providing excellent, easy-to-use service to our users and partners – including the Judiciary Police, the Public Ministry, and the Bar Association – we needed to boost our safety procedures, particularly Identity Security. This would support service delivery as well as enable us to meet compliance demands. Additionally, we recognized that we needed to look at Identity Security more broadly to better match larger business and market trends.”

Seeking an Identity-led Partner
Hamilton Silva and his team support a small but strategic base, providing security for roughly 50 network services and privileged access for 40 users, as well as maintaining approximately 1,300 workstations. Always top-of-mind, heightened security became even more imperative as remote work transformed from nice-to-have to being a necessity.

“The rapid shift to remote work during the COVID-19 pandemic uncovered the realization that security begins with identity management. We understood that to securely provision remote workstations and services, we required a strong identity management solution,” Hamilton Silva acknowledged.

Marshalling his team, Hamilton Silva created a detailed technical requirements list which led to the decision to procure a privileged access management and an endpoint privilege security solution. With that blueprint clearly defined, Hamilton Silva investigated potential partners who had the capabilities and expertise to deliver identity protection and enforce least-privilege access at endpoints.

“Bad actors across the globe are using AI to find ways to fight identity management tools,” Hamilton Silva noted. “And attackers no longer focus on server and network service invasion. Instead, they concentrate their efforts at the edge, at workstations and other devices, to identify and prey on vulnerabilities.”

The team conducted several proof-of-concept tests before selecting CyberArk. Hamilton Silva disclosed, “It became obvious to us that CyberArk offers the best identity and endpoint management toolkit available. CyberArk is staying a step ahead and delivering a single platform to implement a robust and unified Identity Security strategy.”

Advancing a More Sophisticated Security Position
Secure privileged access to sensitive applications and systems is a challenge but one worth investing in as it is the first line of defense against risk. The Court of Justice, Amapá enabled privileged access control with CyberArk Privileged Access Manager.

Hamilton Silva remarked, “I have long believed that identity is the key to any service in our network – from the CISO to administrators.”

To track improvements, the Court of Justice, Amapá monitors several KPIs, including the number of service desk tickets and managing privileged access and enabling privileged actions on the endpoints. However, there are expanded benefits to the broader organization.

“The greater value is that our cybersecurity posture has matured as a result of CyberArk. We have been able to create more efficient identity security and management processes.”
– Luiz Hamilton Roberto da Silva, Information Director Court of Justice of the State of Amapá

He continued, “When an end-user uses applications that don’t require administrative rights to run, CyberArk Endpoint Privilege Manager makes it easy for me to decrease that application’s access level to the minimum. The result is a reduced area of attack and an improved ability to fend off potential attacks.”

Defending Privileged Accounts
According to IDC, 70% of all breaches still originate at endpoints. With so many endpoints and potential vulnerabilities, Hamilton Silva needed a solution that would also enforce least privilege access and allow the team to implement foundational endpoint security controls across the environment.

He described, “We used to have direct user access to workstations via RDP protocol. But we realized that is simply not sufficient and creates scattered access, resulting in unacceptable risk.” With CyberArk Privileged Access Manager, the Court of Justice, Amapá can now centrally manage, track and audit all uses of each privileged password. “CyberArk Privileged Access Manager enables the Court to identify who has access, who can grant or deny access, as well as track what each user is doing on the network. This gives us a much higher degree of safety,” Hamilton Silva added.

As ransomware attacks on Brazilian judiciaries increase, CyberArk Endpoint Privilege Manager delivers more confidence. The solution enables Hamilton Silva and his team to define sensitive information and approved sensitive information handlers to make sure no other software, including any malware downloaded from the Internet or delivered otherwise, can touch and exfiltrate that sensitive data. As a result, the Court of Justice, Amapá’s server and data safeguards are fortified, which keeps the entire organization up and running.

CyberArk Promotes Identity-First Security Education
With CyberArk solutions, the Court of Justice, Amapá has a consolidated, stable and expert security plan in place.
Recognizing that Identity Security demands more than having the best solution in place, Hamilton Silva is turning his eyes to educating and involving Justice’s leaders, beyond IT and security teams, on the promise of privileged access. “The CyberArk team can help us illustrate why managing identity end-to-end is so critical and how to achieve it together. We need everyone in the organization to understand that true safety begins with minimum access to the network. As our partner, CyberArk can help us make the case to everyone that identity management and privileged access controls are a necessity in today’s vulnerable IT environments.” 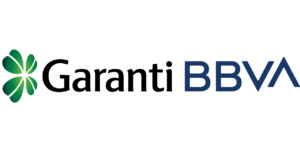