Compromising the credentials used by CI/CD tools can result in a vulnerable CI/CD pipeline and negatively impact the integrity of resulting products. Red Hat Ansible Engine can protect local credentials through tools such as ansible-vault and the ssh toolchain. Red Hat Ansible Tower takes that further through centralized management of various credentials and allows end users to leverage a secret in automating without ever exposing that secret to them. But Ansible may be one of several tools used in a typical CI/CD pipeline. How do you manage credentials and other secrets that are shared across your CI/CD tools and other systems without significant effort and the potential disruption to production? Enter CyberArk Application Access Manager (incorporates functionality previolsuly in Application Identity Manager).

In this webinar, attendees will learn about using CyberArk as a centralized secret management store and how it can be integrated to further enhance Ansible Engine and Ansible Tower workflows. We’ll also briefly touch on some of the other Ansible and CyberArk integrations, including CyberArk Conjur Open Source for DevOps environments and CyberArk Discovery and Audit (DNA) for discovery of credentials in Ansible Playbooks, Roles and Tasks. 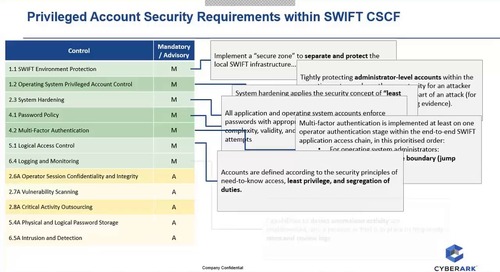 The Fast Track to SWIFT Compliance 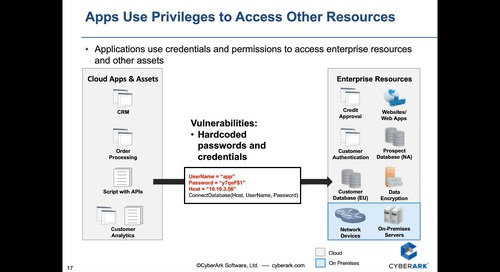 Learn about the unique challenges and solutions for securing application to application sharing and communi... 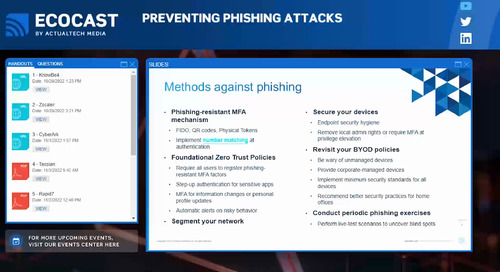 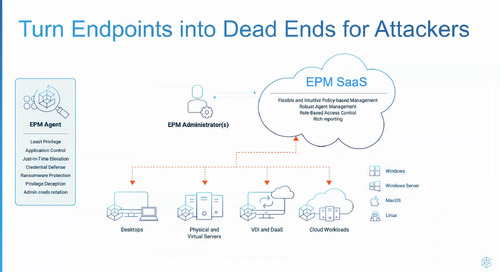 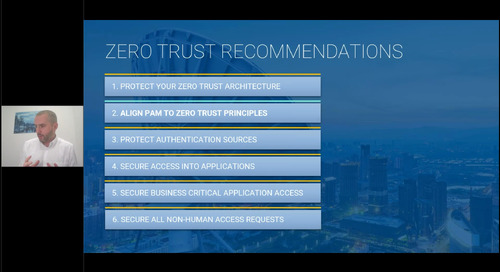 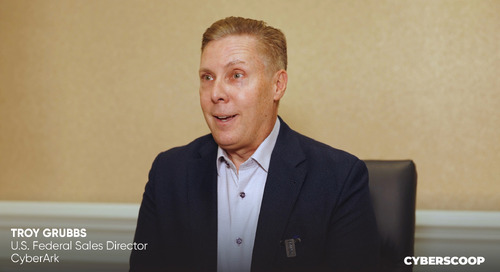 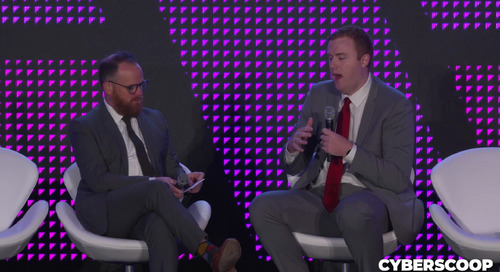 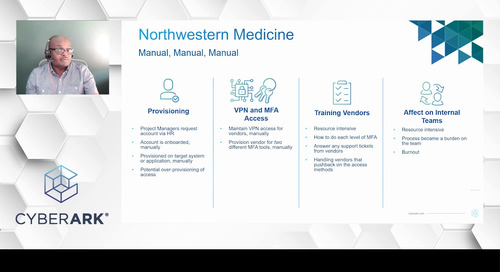 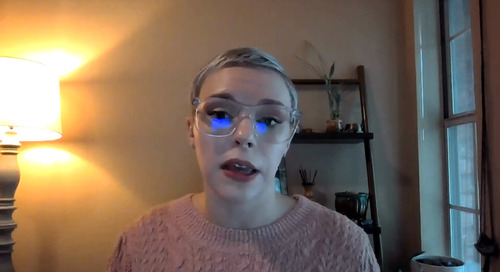 30:33
Better Together, and Easier than Ever with SaaS: Identity Governance & Administration (IGA) and Privileged Access Management (PAM)

Join IDC to understand how you can rapidly and securely address the identity explosion and get out of Cybersecurity Debt, including: o How the adoption and integration of Identity Security solutions c 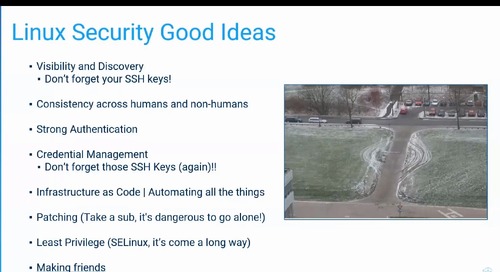 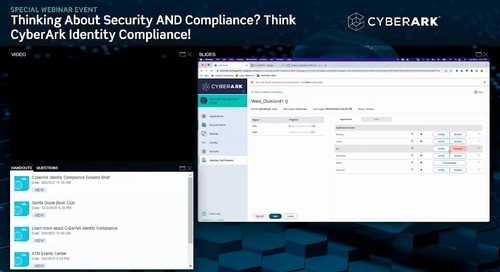 This webinar will explain the fundamental role that identity plays in securing access to your most sensitive data while ensuring your compliance efforts are a success. 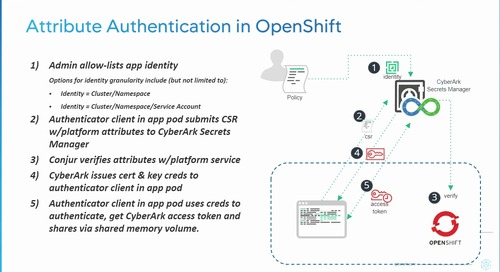 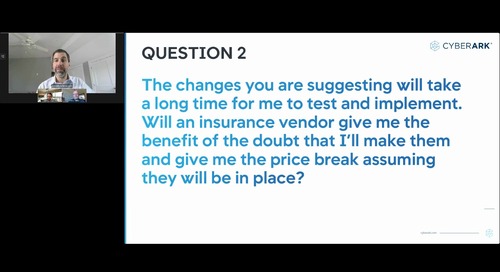 If you, like many others, are looking to purchase or renew a cyber insurance policy, this webinar will help you avoid unnecessary stress and be proactive with your cybersecurity controls. 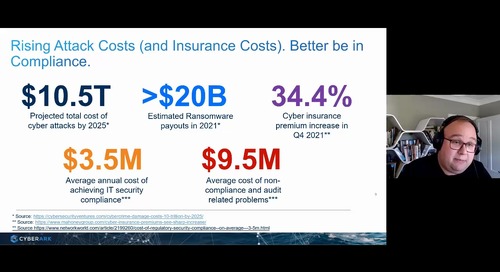 Do you need to stay up to date regarding IT compliance mandates and learn best practices for approaching IT security compliance? This virtual fireside chat will help you get on the right path. 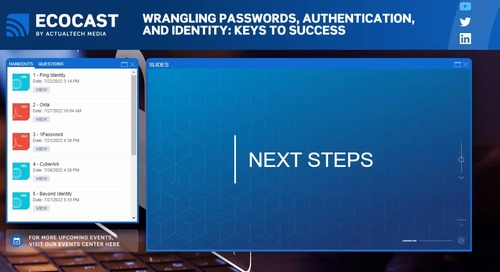 Struggling to keep up with evolving guidance on passwords? Watch this session to discover solutions that augment passwords for identity & authentication or that bypass passwords altogether. 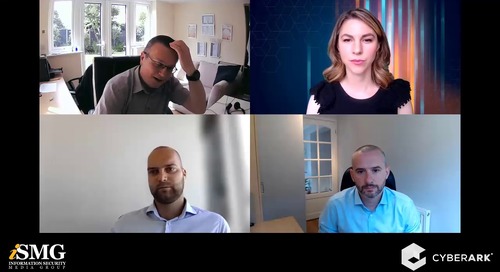 42:56
Panel Discussion | Securing the Open Door on Your Endpoints 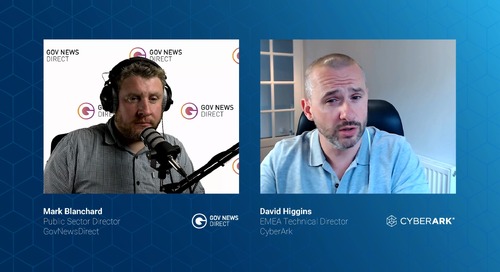 Listen to this podcast to fin out how CyberArk is positioned to support the Government Cyber Security Strategy with regards to protecting against cyber attacks, in line with Cyber Assessment Framework 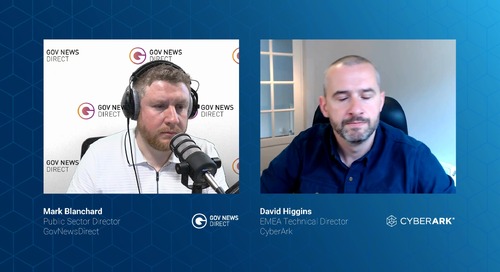 List to our podcast to find out how CyberArk is positioned to support the Government Cyber Security Strategy with regards to managing security risk, in line with Cyber Assessment Framework – Objective 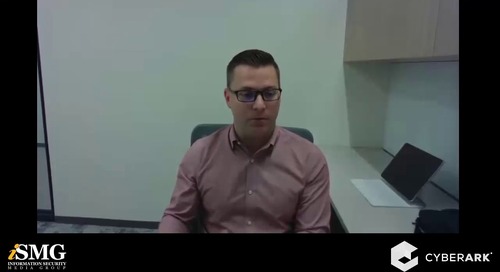 43:30
The Endpoint Security Gap: Are you leaving the door open to attackers? 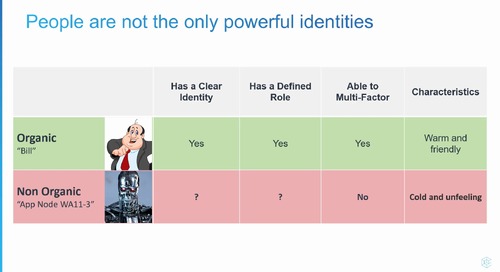 22:22
Accelerate and Secure RPA Deployments with CyberArk and UiPath 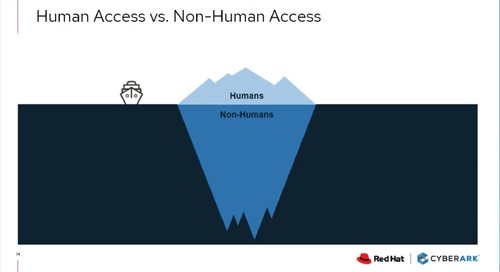 As risk evolves and technology advances, organizations need to keep pace with comprehensive security policies that include cloud and DevOps environments.