Six IT Security Risks in a Perimeterless World

Before cloud computing, Software-as-a-Service, smart phones, tablets, and wearable devices, there was the data center. It defined an organization’s perimeter. People came into the office and worked on computers and laptops within the realm of the defined network, safe from IT security risks. When they worked remotely, they connected to their networks using VPNs. IT established a secure perimeter around you and your organization’s sensitive information, protecting you from the rest of the Internet using firewalls, security appliances, VPNs and more.

Now, your organization’s sensitive information is everywhere. If you looked, you would find it on mobile devices, in the cloud and, of course, behind your firewall. So where is your secure perimeter?

Some applications are hosted on-premises, yet are accessible from outside the network using VPNs. Software-as-a-Service (SaaS) business apps are in the cloud, and your organization’s sensitive information now resides in multiple cloud data centers, accessible by employees both on and off the corporate network. Many organizations are migrating some or all of their servers, databases and storage into Infrastructure-as-a-Service (IaaS), while newer ventures that are “born in the cloud” host no in-house infrastructure. 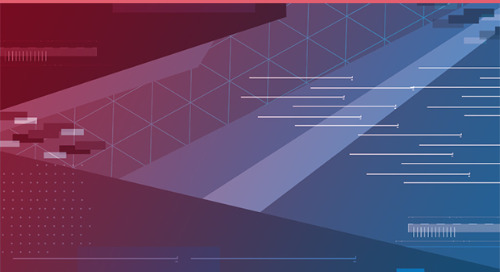 Implementing the Core Elements of a Zero Trust Architecture

This whitepaper outlines five actionable tips that will help you scale and secure your remote workforce without making it difficult for your employees to stay productive.

With over 20 SSO solutions on the market, selecting the right one can be a big challenge. This whitepaper covers ten key considerations that will help you to choose the best SSO for your organization.

The Rise of AI-Powered Identity Security

Read this white paper to understand the best practices to securing your RPA workflows with privileged access management!

An overview of SCIM and value of the CyberArk SCIM server.

Dive deep into technical elements of CyberArk Alero; a SaaS offering consisting of a mobile application, cloud service and lightweight connector for remote access with no VPNs, agents or passwords.

Learn how CyberArk can be deployed with our automation capabilities and used to proactively protect privileged access and detect threats in real-time in AWS environments.

Raccoon stealer is not the most sophisticated malware that’s available to cyber attackers, but it proves to be quite effective.