The CyberArk Labs team has discovered a way to harvest encrypted service credentials from the Local Security Authority (LSA) Secrets registry hive and inject them into a new malicious service to achieve lateral movement and full domain compromise. This exploit requires that an attacker first gain local administrator privileges on an infected machine, but once those local administrator privileges are gained, the attacker can leverage a single domain-joined workstation to laterally move throughout the domain and ultimately gain access to a domain controller. This exploit can be carried out on Windows endpoints, including on the most up-to-date Windows 10 workstations that have Credential Guard (VSM) enabled.

This blog will explain how service credentials are protected today, how they can be compromised, and how the CyberArk Labs team proved that this exploit can enable lateral movement and domain compromise.

Beginning in Windows 7, Microsoft began protecting service credentials by securely storing them in the LSA Secrets registry hive (HKEY_LOCAL_MACHINE/Security/Policy), which is part of the Security registry hive. Here, the credentials are encrypted with the System Key using the Data Protection API (DPAPI). By default, access to the Security registry hive – and thus the Secrets within it – is restricted to the SYSTEM account only, meaning not even the Administrator can access them. However, despite this default setting, the Administrator maintains the permissions necessary to not only remove this restriction but also open a new session as the SYSTEM user and effectively operate with SYSTEM privileges. By taking advantage of these permissions, an Administrator can gain access to the LSA Secrets, dump the credentials from the registry hive and extract them using the DPAPI.

The CyberArk Labs team recently discovered that service credentials stored in the LSA Secrets registry hive can be compromised in encrypted form and used to achieve lateral movement, even when Credential Guard in Windows 10 is enabled. Similar in concept to Pass-the-Hash exploits in previous versions of Windows, an attacker can use compromised encrypted secrets to laterally move through the domain without ever needing to know the underlying credential.

The Proof of Concept

To test this hypothesis, we started with the following baseline environment:

To test against this scenario, we created a new, blank service into which we would attempt to inject captured service credentials.  This blank service was designed to imitate a malicious service that an attacker could create and use in the wild.

The first step in gaining access to LSA Secrets is to grant the local administrator access to the Security registry hive. As mentioned above, by default, this access is reserved for the SYSTEM user only. However, the local Administrator has the permissions needed to change this default setting. 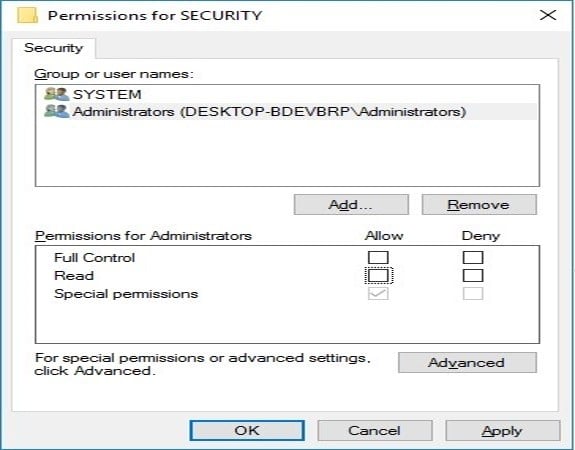 With access to LSA Secrets, we next queried the machine to search for services with domain-level access. Note, these services did not have administrative permissions; they simply had non-administrative access to other systems on the same domain.

This query identified two services that had domain-level access: AppVClient and tzautoupdate. These services are both standard on all Windows 10 machines, and we were able to locate their secrets in the registry under:

We exported these secrets from the LSA Secrets registry hive in encrypted form and did not attempt to decrypt them with the DPAPI.  At this point, the secrets were still configured to enable authentication for these specific services only. Before we could change the configurations to execute the test using our new service, we also needed access to services’ properties.

Again, using our local Administrator access, we went to the registry and exported the properties associated with these services from: HKEY_LOCAL_MACHINE/SYSTEM/CurrentControlSet/Services.

Step 3: Modifying the Secrets and Properties for Reuse

As mentioned above, the legitimate services’ secrets and properties were both configured to work for their specific services only – meaning we could not reuse them as is. However, we hypothesized that we could potentially modify the configurations of the secrets and properties to enable them to work with a different service. To test this, we used the blank service mentioned above.

Using the exported versions of the services’ secrets and properties, we modified the configurations so that both would point back to our new, blank service.

Next, we started the blank service on the machine and put it to the test.

Using the compromised service information combined with information about connected systems on the network, we tested our blank service to see if we could successfully achieve lateral movement. The results were a very clear “yes.” Using these compromised and reused service credentials, we proved that compromised service credentials could, in fact, be used to achieve lateral movement.  And, with each new machine accessed, we had the potential to find service accounts with higher and higher privileges on the domain. With each new machine compromised, we were able to repeat the process of service credential compromise, modification and reuse until we eventually located a service account that had access to the domain controller and achieved full domain compromise.

Testing in the CyberArk Lab clearly demonstrated that an attacker with local Administrator access on a single user’s machine can compromise service credentials and reuse them to achieve lateral movement and full domain compromise – even when Credential Guard is enabled.

In a real-world scenario, an attacker could use this same process of service credential theft, modification and reuse in a malicious service, and the attacker could configure the malicious service to automate each iterative step of this attack. In such a scenario, an attacker with local Administrator access on one machine could gain full ownership of the entire domain in just minutes.

To reduce the risk of service credential theft – and the resulting ability for an attacker to laterally move through the network until they gain domain administrator privileges – organizations should take the following steps: 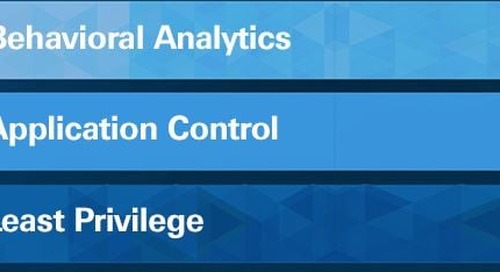 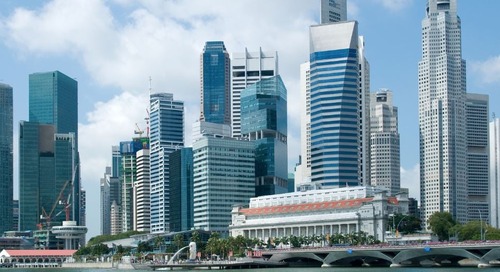 The Monetary Authority of Singapore Emphasizes Privileged Account Security in its Technology Risk Management Guidelines – Why?

In June 2013, the Monetary Authority of Singapore (the M.A.S) enhanced its “Technology Risk Management” (T....