Here at Conjur, we’ve been caught up in the Docker wave like so many of you. The biggest question our users face is: how can Docker be effectively deployed and secured in production, by mid-size and large enterprises?

As we’ve worked with our customers on this problem over the last year or so, we’ve been deeply interested in finding effective security orchestration patterns for Docker which work for many different types of organizations and application architectures. In this post we will summarize several of these patterns, which we hope you’ll find useful.

In 2012, Adam Wiggins and his collaborators formulated an excellent set of guidelines for architecting PaaS and container-style applications. These guidelines were formalized as the “12 Factor App”; you can read about them at http://12factor.net/. These guidelines apply very well to Docker containers and images, and studying each one is a valuable exercise for any developer or architect who’s using Docker.

Factor number three states : “Store config in the environment”, and it mandates “strict separation of config from code”. From a security standpoint, the implication is that secrets (SSL certs, database passwords, etc) must be provided to the container through environment variables. Baking secrets into images is an insecure practice which must be avoided.

“Summon is a command-line tool that reads a file in secrets.yml format and injects secrets as environment variables into any process. Once the process exits, the secrets are gone.”

For example, to provide a database password to a Docker container, you’d create a secrets.yml file which looks like this:

Then launch the Docker container using the following command:

Traditionally, a couple of different approaches have been used.

A Docker container cluster like Mesos or Kubernetes presents another particular challenge: software-defined networking and security groups cannot be used to gate the traffic, because there are no fixed boundaries between the containers and container groups (“pods”, in Kubernetes parlance).

For regulating HTTP(S) traffic, we advocate for a particular technique involving a Forwarder, Gatekeeper, and Token Broker. It works like this:

The Forwarder and Gatekeeper are each implemented using Nginx with standard configuration directives plus a bit of Lua scripting. The Forwarder authenticates itself to the Token Broker using a shared secret, which can be provided by Summon. The result is a system with very clear security properties. It’s also easy to manage, it works with any deployment architecture, and it works equally well inside a defined perimeter, or across wide geographic boundaries. In addition, it’s easy for humans to interact with the system; they can run a local Forwarder on their laptop which operates just like the Forwarders in the container pods.

You can see examples of Forwarder and Gatekeeper Nginx configuration in our “sdf-gen” project.

While the Docker engine has been officially released and stable for about a year, the practices and tooling surrounding Docker deployment and orchestration are still very much in flux. We believe that solid patterns and practices for deploying secrets and managing HTTP(S) traffic between containers can help to accelerate Docker’s enterprise adoption. These patterns need to be tool-independent and “future-proof”, so that Docker orchestration tooling and application architectures can continue to evolve without breaking security. In addition, they should be written as open standards or open source, so that any team can feel comfortable adopting and using them. We are looking forward to working with you to design and develop this new generation of security APIs and tools! 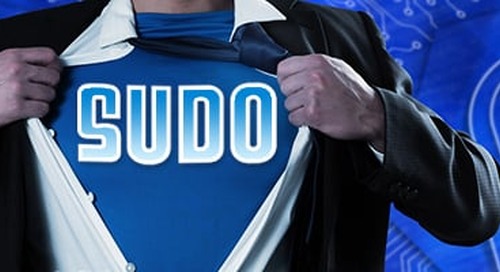 To Sudo or Not to Sudo? That is the Question

It’s no secret that unsecured privileged accounts represent one of the largest security vulnerabilities tod... 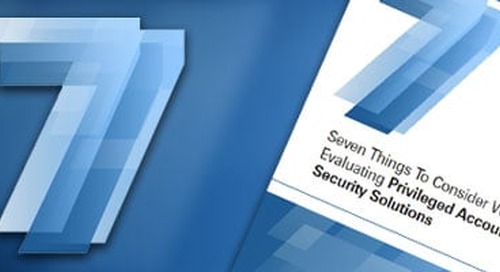 It’s been well documented that privileged accounts are required to carry out a successful attack. Just put ...