Home » The CyberArk Blog » Into The Matrix: Defense Contractor Takes the Red Pill to Accelerate Network Automation
× Share this Article

Our modern world is built on vast interconnected systems of network devices. Within an organization, networks keep everyone and everything connected and up and running. To maintain a strong cybersecurity posture, network infrastructure must reflect the well-known CIA “triad” of confidentiality, integrity and availability. Each configuration within the network is comprised of multiple pieces of equipment, each secured by credentials and secrets, and must remain confidential with access granted only to authorized personnel. To maintain integrity, each configuration must also be consistent and compliant within various frameworks and standards. And to meet availability standards, each device must be continuously updated to keep things running smoothly and securely.

Maintaining this security triad is paramount for government agencies and their partners as they hold both sensitive data and the keys to critical infrastructure. Yet their IT security teams face challenges in scaling security across these increasingly complex, interconnected global networks. Manually managing tens of thousands of networking devices often requires several full-time staff members and hundreds (perhaps thousands) of hours spent backing up the system and maintaining configuration standards alone. As IT shops work hard to do more with less, while facing pressure to speed processes and maximize efficiency, automation is now the name of the game and a strategic component of digital transformation. While the notion of automating a huge network may seem intimidating at first, it doesn’t have to be that way.

This is a story of how a leading defense contractor took a lean, mean, automated approach to managing their machines — by diving head-first into The Matrix.

Into The Matrix: Automation Unlocks a New Dimension

In the pop-culture classic film “The Matrix,” starring Keanu Reeves, the character Neo was presented with a tough choice: keep your old life and maintain status quo by choosing to take a blue pill or discover a whole new world and limitless possibilities by taking the red pill.

Once Neo chooses to take the red pill, the world of The Matrix opens up to him. Not only does he learn that everything about life as he knew it was a lie, but he also learns how to manipulate the world around him to make things easier and more efficient. For example, he is able to bypass decades of martial arts training just by “plugging in,” mastering kung fu in a matter of seconds. This “automatically” acquired skill becomes valuable later on in the movie when he faces the antagonist Agent Smith in the final life-or-death showdown.

Sure, this comparison isn’t perfect – after all, we’re talking about automating systems and machines, not learning kung fu. But when presented with the option of putting thousands of hours into manual configuration or automating the network, the choice is clear: automation can make all the difference when facing metaphorical “Agent Smiths,” from rogue attackers to relentless nation-states.

For this government defense contractor, automation was crucial to conquering the gargantuan task of securely configuring and maintaining thousands of routers, switches, and other networking devices across its network. For this organization, Red Hat’s Ansible Platform was a natural choice, providing a simple, device-agnostic way to automatically configure their network stack, simplify authentication processes, and continuously test and correct network configuration issues.

But to make this automation “magic” happen across so many different functions and systems, tools like Red Hat Ansible require highly privileged access in the form of identities, credentials, and secrets. This far-reaching access makes these tools very powerful – and also very attractive targets for cyber attackers, who, just like many organizations today, are focused on working smarter not harder. If they can gain access to privileged credentials that open direct doors to sensitive assets and data, they can save a lot of time and effort.

Here’s how it works.

With this integrated and centralized secrets management approach, the organization can stay in compliance, easily audit all access throughout various Ansible nodes and rapidly rotate device passwords based on policy or an incident – all without changing workflows, breaking automation, or adding operational complexity or overhead.

Today, the defense organization can automatically patch, reconfigure and update more than 80,000 networking devices in less than two hours. By eliminating these manual processes, the IT security and network operations teams have saved hundreds of thousands of work hours and can now dedicate significantly more time to business-critical tasks that move the organization forward.

Working together, CyberArk, Ansible Tower, and Cisco ISE have automated the network – and this defense contractor client has tamed its own Matrix, much like Neo did.

To hear the full story, tune in to our recent AnsibleFest 2020 talk (free registration required). To learn how CyberArk combined with Red Hat can help your organization securely automate processes and unleash operational efficiencies, check out these resources: 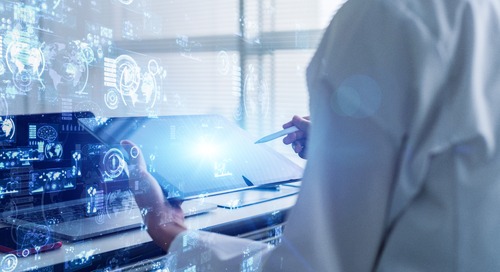 A technology disruption in a hospital operating room or an emergency response chain can spell the differenc... 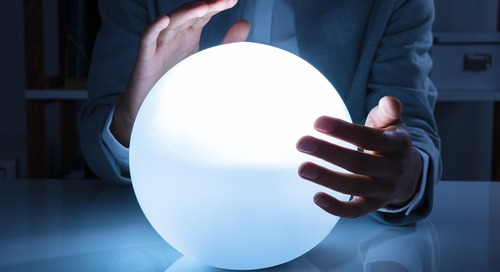 It’s hard to look forward to 2021 without considering the trends that shaped the generally unfavorite year ...